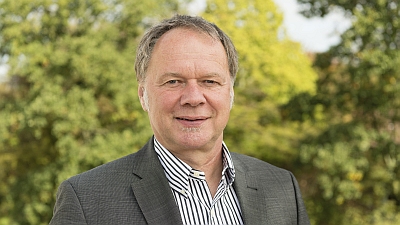 Prof. Dr. Thomas Kohl is full professor at Karlsruhe Institute of Technology, KIT. He holds the chair of the Division of Geothermal Energy at the Institute for Applied Geosciences and is head of the topic "Geothermal Energy Systems" at KIT contributing to the research field "Energy" in the program "Renewable Energies" as defined by the Helmholtz Association.

After his degree in Geophysics at the Technical University of Karlsruhe, he became research associate at CNRS in Paris in the field of seismology. In 1992 he got his PhD at ETH Zurich on his investigations of coupled processes in deep geothermal systems. After completing his habilitation thesis he became senior lecturer at ETH Zürich in 1999 as recognized expert on subsurface and especially in geothermal systems. His code FRACTure on coupled hydraulic-thermal-mechanical processes used world-wide was applied to charac-terize fractured rock in complex subsurface terrain. As co-founder of GEOWATT AG in Zürich he was the CEO of this ETH spin-off, medium size company between 2003 and 2011. Here he collaborated in European and national research projects also as work package leader and directed numerous geothermal project realiza-tions. As such, he was leading projects in Switzerland, Germany, Hungary, U.S. and France. At KIT in Karlsruhe, a major research focus is on the investigation of geomechanical aspects in fractured systems. As such, the origin and impact of induced seismicity and the impact on the reservoir is of strong interest. Using the exceptional possibilities of the surrounding geothermal projects, systematic data analyses in combination with the tectonic setting in the Rhine Graben are conducted. With his arrival, KIT became an internationally renowned institution in geothermal research. T. Kohl has organized several high rank workshops and is one of the initiators of the European Geothermal Workshop organized jointly with University Strasbourg. T. Kohl is member of several scientific committees in Germany and France. At KIT he has established several teaching modules and is engaged in international Master Programs. Additionally, he is editor in chief of Geothermal Energy Journal and special issues of Geothermics, member of the International Heat Flow commission IASPEI, and EERA – JPGE management board member. He gave numerous presentations and invited talks at high-level scientific conferences and is author of more than 70 reviewed manuscripts in renowned journals. He is col-laborating with many worldwide industrial projects. Since 2017 he is spokesman of the working group "Geothermal Energy" of the German Geophysical Society.


last change: 2019-11-08 KIT – The Research University in the Helmholtz Association